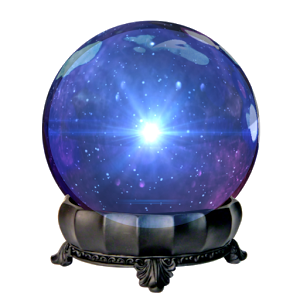 As this race drags us all to its final destination on Nov. 8 (assuming there is not a long, drawn out recount) we have been exposed to more head-to-head presidential polls than ever before. These polls have consistently had Clinton in the lead. Her “Real Clear Politics” advantage is +5.4 percent, her “538” aggregate advantage is +4.2 percent with a 77.8 percent chance of winning the state and the latest Marquette poll has her up 6 percent. These numbers bear some level of predictive significance, perhaps none more than the final Marquette poll. Their final poll had its largest sample size and smallest margin of error at 3.5 percent. The last four statewide polls that Marquette has released right before the election have been staggeringly accurate when it comes to predicting final margin.

All four polls were in similar territory numbers wise to Clinton’s advantage in the final poll, and none of the leaders had a dip of more than 1.3 percent on Election Day.

This is turning out to be one of the most interesting races in the country. Especially if Sen. Johnson can maintain his seat. In the very first Marquette poll in January 2016, Feingold held a 12-point lead over Johnson. This poll was quite possibly an outlier, but Feingold has led Johnson in every poll since. In fact, Feingold has led Johnson in every single poll throughout the year, except for one, only one poll out of dozens showed Johnson with an edge. Yet for some reason there is a feeling that Johnson is making his move. The influx of money has helped and the attacks on Feingold are sharp. The trendlines are also in Johnson’s favor, as he continues to close the gap. The Oct. 12 Marquette poll had Feingold up two and on Nov. 2, one poll has him up 45-44, a true toss-up. National prognosticators still predict a Feingold victory, but their aggregates do not always accurately capture the trends if a race is consistently moving one direction. “538” for example has Feingold with an 89 percent chance of winning and “Real Clear Politics” has him with a 4.7 percent lead in their aggregate. As Democrats attempt to take back the majority in the U.S. Senate, they had already banked Wisconsin for a switch and a Johnson victory could derail their plans making this seat all the more important on the national scene.

Our instinct tells us Johnson may have come back all the way, but our prognostication will follow the numbers. Johnson still has a hard time cracking 44 percent in any poll, and the early vote numbers across the state appear favorable to statewide democrats overall.

Early on this was on the radar for national Democrats as a pick up, and with the Outagamie County executive entering the race, they had their candidate. But Mike Gallagher has proved to be a natural candidate and a strong adversary in a district that historically votes Republican. There is far less data available in this race so we base our prediction on anecdotes, history and second hand internal polling numbers. Combine those factors with Trump’s perceived strength in this area of the state and Gallagher is the safe bet.

The Republicans currently hold a 19-14 majority and are not at risk of losing the majority. There is however a chance that Democrats could make a dent into their numbers and come back in the minority at 17-16. A margin no Senate Republican wants to see because it only takes one senator to shut down any bill that does not have bi-partisan support.

On the Democratic side Senators Lassa, Shilling and Hansen were the incumbents with targets on their back. We predict all three will come back with none of them going lower than 52 percent of the vote. Republican targets in a similar situation are Senators Tiffany and Harsdorf who are expected to win their seats comfortably.

That puts two seats in play: the open 18th, and Sen. Olsen’s 14th District. The 18th District pits Winnebago County Executive Mark Harris versus Republican Dan Feyen. As we have written before, this seat historically is decided by the narrowest of margins and all signs point to that happening again. Harris’ name ID gives him the slight edge.

Sen. Olsen’s district has never been held by a Democrat but Waupaca Mayor Brian Smith apparently is in position to buck that trend. The money is flooding in from both sides in the last week and we have heard of multiple polls that have it within the margin of error. The pick on this race is similar to the Feingold pick. Smith seems to be on the right path, but the district’s history and Republican performance numbers appear to be too much to overcome.

The further down the ballot you go the harder it is to truly know the position of a particular race. Last week we wrote at length about what might happen in the Assembly, and we have seen nothing as of late to drastically change our position. The places where the Democrats need to win are also places where we expect Trump to do well, or at least well enough. This makes knocking off incumbents very difficult and even more so when significant financial disadvantages exist. Assembly Republicans currently have a 63-36 margin and that will not change much, but there are some good opportunities for Democrats to chip away at that historic Republican majority.