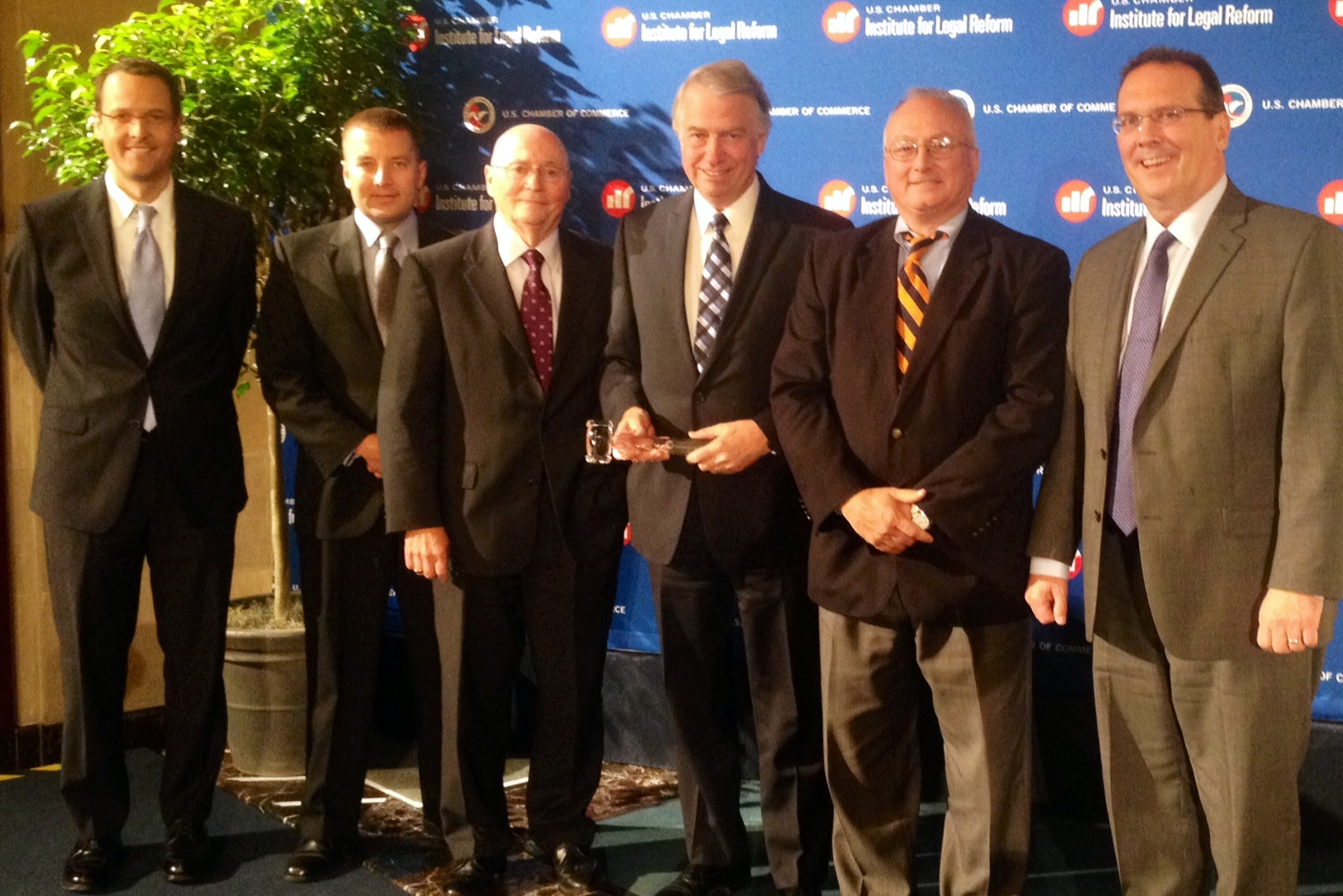 Members of WCJC and WMC traveled to the U.S. Chamber Institute for Legal Reform’s 14th Annual Legal Reform Summit in Washington, D.C. to accept the award.

“We are very pleased to honor the Wisconsin Civil Justice Council and Wisconsin Manufacturers & Commerce with our Outstanding Organization Award,” said Lisa A. Rickard, president of ILR. “In a politically-volatile environment, the WCJC and the WMC were able to advance some of the nation’s most substantial legal reforms. In fact, of all the states enacting reforms in the last three years, Wisconsin was the very first out of the gate.”

In particular, ILR recognized the WMC and the WCJC for helping to pass measures that capped punitive damages and medical malpractice awards, while also reversing a Wisconsin Supreme Court ruling that moved the burden of proof from plaintiffs to defendants in some cases. More recently, the WMC and the WCJC have led the fight for additional reforms, like a measure limiting the use of outside plaintiffs’ lawyers by the state attorney general. That bill passed the legislature earlier this month and is awaiting the governor’s signature.

“This award acknowledges WCJC’s work with state lawmakers and the Walker administration in enacting legislation to promote business and job growth in Wisconsin,” said Bill G. Smith, WCJC President and State Director for the National Federation of Independent Business (NFIB).

“Following its successes in 2011, WCJC is now focused on securing passage of additional measures that promote a fairer, more predictable legal system,” added Cook. So far this session WCJC has been successful in passing the following bills in the Wisconsin Legislature, which are now awaiting Gov. Walker’s signature:

In addition to these reforms, WCJC is currently working on the following bills: